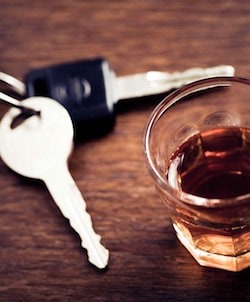 In order to win a conviction for DUI, DWI, or OUI, the prosecutor must prove both (1) that the driver was operating, or in actual physical control of a motor vehicle, but (2) was not able to safely operate that vehicle as a result of the consumption of intoxicating compounds or substances, including alcohol, drugs or cannabis. Proving that the accused was driving is not usually where the argument settles. Although, we have won and been involved with cases where sufficient proof of driving was not present. Most DUIs start with the car being stopped for a minor traffic ticket. Once the police officer or state trooper detects the odor of alcohol, cannabis, or symptoms of perceived drug abuse, an inquiry about the possibility of impairment or intoxication is likely to begin.

Actual Physical Control is a legal concept that comes into play when the person is not actually driving the car. The best example of this concept is the drinking driver “sleeping it off” in the backseat with the motor running to provide heat. In this situation with the keys present in the ignition and the motor running, the driver has the ability to operate the vehicle. Unfortunately, for the sleeping good citizen trying to do the right thing, this is Actual Physical Control.

While DUIs most often result from traffic stops, road blocks or DUI checkpoints are also employed to screen motorists. Even though they seem efficient at finding drunk drivers, they are subject to strict standards as to their use and operation. If they are not properly authorized or are conducted contrary to established standards, the evidence they collect may not be available to prove the case against you. Your Northfield DUI Defense Attorney Fred Mark Dry can explain how the evidence collected at a checkpoint may be suppressed and not used against you.

Standardized Field Sobriety Testing (FST) is one of the ways a police officer will attempt to determine if you are under the influence of drugs or alcohol. The most common FSTs (Field Sobriety Test) are the Walk and Turn (WAT); One-Leg Stand (OLS) and Horizontal Gaze Nystagmus (HGN). The first two are physical performance tests. Once you have produced your Driver’s License and proof of insurance, if the police officer believes you may be under the influence or alcohol or drugs, the officer will ask you to get out of your car. The officer is beginning a DUI investigation. You should be aware that the officer is making mental notes of your physical movements and your manner of speech.

At that time, the officer will ask you to stand with your legs positioned in a certain manner to be instructed in the testing. That stance, itself is one of the tests. In order to be certain that the correct instructions are given to the motorist, the officer should either read them verbatim from a cue card or have them memorized verbatim. An error in those instructions can make it impossible for the driver to properly do the tests. If the police give wrong instructions, the driver cannot perform to the officer’s expectations. Incorrect instructions are an excuse for failing a Field Sobriety Test. Because the driver’s performance on these tests can be probable cause for a DUI arrest, they should not be done in a casual manner.

Horizontal Gaze Nystagmus is a Field Sobriety Test concerned with the motion of the eye. It is not subject to voluntary control by the person being tested. The officer will move an object in front of a person’s face and watch how their eyes follow the object. This tests a person’s involuntary eye motion called nystagmus. This test is thought of as highly accurate. However, its’ accuracy is dependent on meticulous administration of the test, which is difficult.

After offering the tests mentioned above, the police might tell you that they were inconclusive and they are not sure if you should be arrested for DUI. They may present the Portable Breath Test (PBT) as a way for you to avoid arrest. Many times it has been reported that the police said arrest will be avoided if you pass this test. They would then offer the Portable Breath Test, sometimes known as Preliminary Breath Test. This is a hand-held electronic device which you blow into and it then provides an analysis of the alcohol in your breath. Even if you passed the other FSTs, you will be arrested if your score on the PBT exceeds .08, the legal limit.

Even though FSTs can provide strong evidence, most people do not know that they are not required to take field sobriety tests. They are completely voluntary. There is no consequence under the law for refusing them. The police will not tell you this. This includes the PBT. The PBT is so unreliable in it’s operation that it is only accepted as justification for arrest. It cannot be used in Court to prove the part of the charge showing an illegal alcohol concentration. If the FSTs are taken and the officer reports a failure, the Court after hearing and seeing evidence may disagree with the officer’s decision to arrest and suppress evidence. However, a PBT failure is much more likely to withstand challenge than performance testing.

If the police are asking you to take Field Sobriety Tests, they already believe you may be impaired. If they believe that you are drunk, everything you say or do will be filtered through that belief, including their grading of your performance on the tests. There are approximately 100 component actions in field sobriety testing. If you fail to perform perfectly as to less than 10% of the test you will have failed the test and gotten arrested. If there is no legal consequence to refusing to take these tests, why would anyone take them?

If you have been arrested for DUI, DWI, or OUI, you need a lawyer. You should contact Northfield, Northern Cook County and Lake County DUI Defense lawyer Fred Mark Dry.

Contact Us
Criminal Defense
Client Reviews
★★★★★
Fred recently represented me in a recent serious traffic situation. He was always on top of things and was very thorough and knowledgeable of the law. I am happy he was there in the court room and had my back. A significant favorable outcome was the end result! Robert
★★★★★
Mr. Dry is a very knowledgeable, confident lawyer. He was always true to his word and constantly communicated updates throughout the case procedure. He's personable, punctual, and professional at all times. I would highly recommend Mr. Dry and would definitely use him again to represent me. Mike
★★★★★
Fred Dry did a very nice job in court for me. I don’t feel comfortable around most lawyers, but I was very comfortable around Fred. He is honest and knows his way around the court room. I was impressed with his services and would highly recommend him to anyone. Jimmy
View More
Submit a Law Firm Client Review